The Raven’s Heart by Jesse Blackadder an Amazing Family Legend of Intrigue, Drama, Loss, and Gain 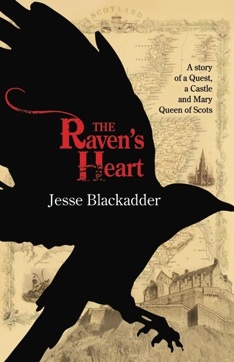 The Raven’s Heart, by Jesse Blackadder, was set in the 16th Century at the time of Mary Stuart, Queen of Scotland’s return from France to her Scottish throne after the death of her French husband. Scotland, ruled by regents during her time in France, is cold, despairing and void of life.

The novel surrounds the Blackadder family who had lost its claim on their beloved lands and castle along the vibrant, flowing Blackadder River.  The remaining heirs have been hunted down and killed for years by the Hume family, the castle’s new owners. Alison, the main character and 16-year-old daughter of would-be heir, William, are hiding in plain sight.  Alison has been raised by another family disguised as a boy, Robert, her entire life.

Now, after meeting the Queen first dressed as Robert, she is sent to the Queen as Alison in hopes of making a friendship and asking for a favor of having Blackadder Castle restored to her family. What ensues is more than she had imagined and she finds herself fighting for her life at every turn, while also learning who she is and who she wants to be.

It was such a phenomenal read that it’s a book that will haunt my soul for a longtime into the future. It’s now on my list as one of the best books I read all year, as I longed to read it during times I had to put it down and when I picked it up again got lost in it during both the day and night.

The book twists and turns with fervor creating angst in the reader as much as the characters. Clutching my chest at times, I was compelled to advise Alison in her lonely pursuit of favor with the Queen in order to win back the castle her family had lost a generation before.

Have you, or someone you know, ever wanted anything so badly that you would give completely of yourself to have it? Though in this day and age we don’t long to always restore our honor, or reclaim family property, I think we all can understand what it’s like to have something taken from us. And probably we all can relate to succumbing to material goods as a way to define our lives.  In the 16th century, when times were very harsh, people had only their honor and their family property. Their whole identity, and that of their children, depended on this ownership and reputation.

The descriptions by Blackadder made me feel as if I was in the surroundings of the story myself. Though I could generally picture the scenes in my head, it was actually more like I could FEEL them. Her writing used all my senses and plucked at my emotions.  The prose carried me along with ease and enveloped me. Whether I was rocking over the waves of the sea on a boat, feeling the stone ice-cold in the lower regions of the castles, or being scorched by the hot heat from a raging fire set in the Queen’s bedchamber, it was Blackadder’s style of writing and word choice that lends to me being immersed in the story.

Blackadder’s creation of Alison was finely crafted, with each calculated movement and precise action.  However, in the moments Alison’s character ‘let go’ and felt true emotions I could feel her anxious release, was on edge for every emotion that she felt, sensed and understood her loneliness and confusion, and even felt loss when Alison was had to be unemotional. The rollercoaster ride of emotions from characters in this book are not unlike most I might have felt from characters created from these time periods, which lent to anyone and everyone losing their head very easily!  However, something about the way Blackadder presented Alison made me feel sympathetic to her at times while also wanting to scream at her to feel more at other times, even when I knew that in her life she couldn’t risk the chance of one wrong breath or facial expression.

Though actions in this book are sometimes vile, they are true to the time period and watered down more than many other books I have read. Fact is, this time period was rude and violent in both actions of torture, treatment, and sexual perversion. People’s actions were atrocious. I could feel the author’s disdain for the actions and felt the fear she wrote into her characters as well as how her characters learned to “put up walls” so to speak, show no emotion (as to giveaway any feelings that might make them lose their heads), and keep moving minute to minute in the fast-paced drama life was at that time. I don’t even know how anyone slept back then!

I felt she painted a more personal picture of Mary, Queen of Scots, as well. Leaning on her emotional side and showcasing her in way most historians might not. She was a woman in a man’s world who needed to be extra strong to gain respect, but also was selfish and lonely and demanded the attention of others the only way monarchs sometimes know how. Blackadder painted a gentler side of this woman and how she managed to make everyone around her love her with loyalty, how forgiving she actually was for varying ends, and it really propelled the story and made Alison’s character come to life.

By the end of the book, I felt Blackadder as an author helped her characters come to grips with all the hidden emotional turmoil and to be able to find some peace. I could tell she asked some of the same questions as an author as I do as a reader of literature and facts from this time period. For instance, how do they treat others so badly without the blink of an eye? How do they watch the torture? Manipulate others for their own gain? With her cast of characters, she truly tried to answer  some of these questions and offer reasoning as to why it’s all so unnecessary.

I enjoyed for the most part how she wrapped up the story at the end, though I was overcome with grief and used a whole box of tissues. It all comes down to the question of if material goods or structures are worth so much death and drama or if we as human beings can find love and peace within ourselves? Finding that eternal peace and happiness is something no one can put a price on.

I really enjoyed how Jesse Blackadder took something from her family history, traveled and researched the story, and then wrote how it might have happened.  I’m glad she took us all along on this ride of words. It’s a fabulous woven tale of how truth can become legend.

She’s an amazing new writer that will continue to make a splash on the international scene. Her writing is phenomenally good and I can’t wait to read her next book. She had me hooked from the very start with her dramatic writing.

SYNOPSIS: Scotland, 1561, and a ship comes across the North Sea carrying home Mary, the young, charismatic Queen of Scots, returning after thirteen years in the French court to wrest back control of her throne.

The Blackadder family has long-awaited for the Queen’s return to bring them justice. Alison Blackadder, disguised as a boy from childhood to protect her from the murderous clan that stole their lands, must learn to be a lady-in-waiting to the Queen, building a web of dependence and reward.

Just as the Queen can trust nobody, Alison discovers lies, danger, and treachery at every turn.

This sweeping, imaginative, and original tale of political intrigue, misplaced loyalty, secret passion, and implacable revenge is based on real characters and events from the reign of Mary Queen of Scots.

Enter to win a copy of this book just by commenting below on my blog! Be sure to leave your email there, or email me at hookofabook@hotmail.com!  This contest is open internationally!! A great book to add to your collection or give as a gift!

ABOUT THE AUTHOR, JESSE BLACKADDER 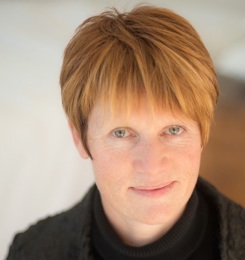 Born in Sydney, Jesse now lives near Byron Bay. She is an award-winning short-story writer and freelance journalist, fascinated by landscapes and belonging. Her first novel was After the Party (2005), which was voted onto the Australian Book Review’s list of all time favourite Australian novels in February 2010. She is writing her next novel about the first woman to reach Antarctica.

Note:  I was sent a complimentary copy of this book in return for an honest and fair review. Opinions are my own.

11 responses to “The Raven’s Heart by Jesse Blackadder an Amazing Family Legend of Intrigue, Drama, Loss, and Gain”