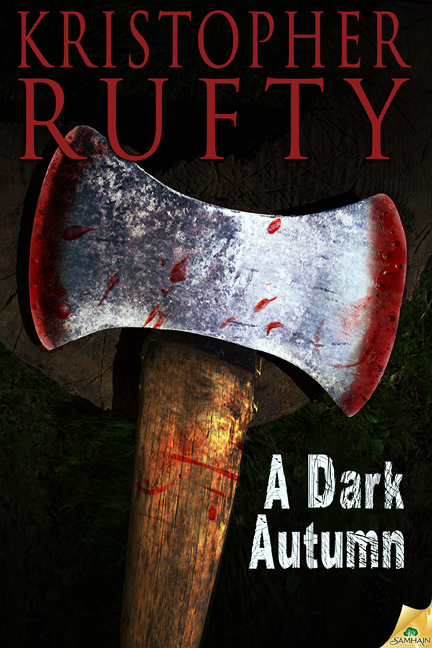 Some vengeance cries for blood.

He’s a writer seeking solitude. They are four women on vacation looking for fun and relaxation. But when they meet they will find only terror. An appalling crime will lead to an unthinkable, gruesome revenge. In the deep woods of Mountain Rock, no one will hear the screams, the agony, the mayhem. No one will hear them die.

A Dark Autumn is a traditional real world horror novella by Kristopher Rufty.  Published January 2013 by Samhain Publishing, it’s another new edition to their growing horror line. Rufty’s lengthy sentences really draw out his thoughts. In comparison to those who write short, action punched sentences, his prose tells a suspense tale in the vein of Stephen King’s Misery.  It’s scary storytelling without any abnormal beings, legends, monsters or supernatural involved–just straight crime and revenge horror with its best modern world dilemma and issues entwined.  Everyone has psychological issues that perpetuate the crimes.

Though I had no idea what to expect from this novella other than four women meeting their untimely deaths, I would say that even I was surprised where he takes this work. I would not read unless you are really ready to be horrified by human nature, sexual assault, and revenge. I am not certain where Rufty stands in his thinking about women, but these women’s actions were demoralizing and degrading and violent.  I only recommend you read this if you have a REALLY strong head and stomach.

He has good character development and a suspenseful plot that pulls you in and finishes off at a fast pace with a strong and interesting ending that I thought was well-done.

If you like revenge horror that includes characters heading to the woods only to meet unfathomable outcomes, then this novella might be one you’d like to read. Though my heart was in my throat for most of the novel, I did realize I was reading faster as it went and absolutely couldn’t put it down, finishing it in one quick sitting.  I just had to know the ending! It certainly messes with your head and leaves you feeling an adrenaline rush!  The psychological issues that this book addresses certainly fits our new society.

The epitome of revenge writing, it’s shocking and horrifying. 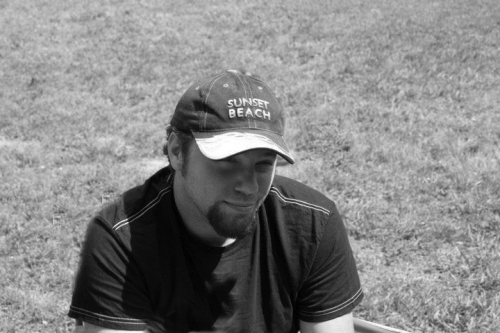 Kristopher Rufty is the writer/director of the movies Psycho Holocaust, Rags, and Wicked Wood, and also the author of Angel Board, The Night Everything Changed, and The Lurkers.

He also hosts Diabolical Radio, an internet radio show devoted to horror fiction and film. The show has been online for nearly five years now and has developed quite an archive list and following.

He is married to his high school sweetheart and is the father of two insane children that he loves dearly, and together they reside in North Carolina with their 120 pound dog Thor and a horde of cats. He is currently working on his next novel, script, or movie.

3 responses to “Revenge Novella: A Dark Autumn by Kristopher Rufty is Terrifying Horror”