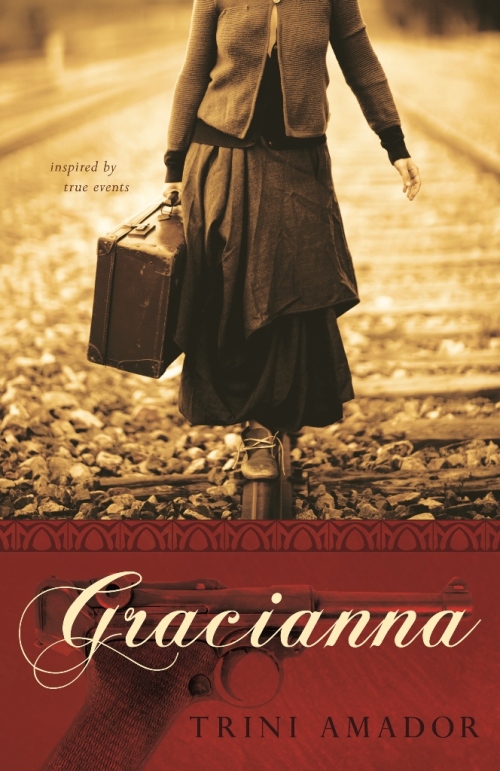 Gracianna is the true story of author Trini Amador’s great-grandmother, named Gracianna, a woman of the WWII-era who was adventurous, courageous, and had, in what I sensed, a beautiful spirit. As well, this was the story of his great-grandfather Juan and her sister, Constance.  I certainly feel after reading this book that Gracianna spoke through the pages of this novel in a way that I imagine she must have mostly walked through life, gracing people with her presence–a hard-working, forward-thinking woman from the mountains with a zest for life and learning that was contagious.  Through family stories and research, Amador captured her and brought her three-dimensionally to my home in a way that inspired me and has left a permanent imprint on my heart.

Not only did I cry many times through reading this novel, I also smiled at her innocence and her small joys, at her independence, her perfectionism, and then as the story continued, her growth and bravery which catapulted into her having to take on doing things that most would have never thought possible. Her innocence lost, her dreams halted due to horrible circumstances, I could feel her emotions, her quiet or silent thoughts, as she went through many painful experiences that history should not forget.

Gracianna Arrayet was born in the Pyremees, which are the mountains that serve as a tangible border between France and Spain.  She lived in a village with her grandmother (after seeing her mother dead from childbirth when she was 8) and her younger sister Constance. She was Basque. Most of the country men around her were either isolated shepherds or sea-faring marine workers, both jobs which left them unmarried, but sometimes wanting the affections of women, so many women lived with children produced by them. Life was hard, even if the scenery was beautiful and supplied healthy weather.  They grew up to be independent, strong, and hard-working as they had to care for themselves.

I admired Gracianna as she was always learning about the world and thinking of new places that she’d like to visit. She made up her mind in 1940, when she was 18, that she wanted to go to the American Riviera (in California) she had heard about so she moved to Paris to work to save money to afford her trip. She took a job in a cafe waiting tables and scrubbing floors, with a smile in her heart and a dream on her soul.

My favorite parts at the beginning were her letters home and her thoughts about the world around her. I wish more people felt as these messages in the book. I felt I related so much to Gracianna and I was moved by Amador’s beautiful, eloquent sentences and thoughts written for her.  The belief of treating others with kindness resonated with me.  “Even though we did not learn much about other kinds of people, I am glad how we learned to be tolerant of others no matter their difference.” —Gracianna, page 46.

The novel juxtaposes with the story of Amador’s great-grandfather Juan as well. In his side of the story, growing up in the area with Gracianna, he always held a fondness for her in his heart. As a lonely shepherd at such a young age, he often thought of her once she had left so he took up himself one day and moved to Paris to be with her. He surprised her and though she was happy to see him, Gracianna wasn’t one to depend on a man so she enjoyed his friendship (usually more than she let on) and he waited patiently for her to return his longing affections.

As the war heated up, the Nazi regime overtook France and set-up headquarters in a hotel near the cafe where Gracianna worked.  She was from the French countryside and if anything, Catholic, but just a wrong look or action from anyone could get people into trouble.  Soon Constance, Gracianna’s whirlwind of a sister, also came to them and married a local rich man.  After Gracianna endured a horrible experience with an SS officer, and another situation which put Constance on a train to the Nazi Auschwitz-Birkenau camp (where one million people were ultimately abused, tortured, murdered or died), Gracianna becomes embroiled in the work of the French resistance. It’s an amazing story that you’ll not want to miss reading.

I don’t want to give more away with details, but the strength and resolve of Gracianna left me gasping in disbelief. I began wondering if I could act the same if lives depended on it? Even if I wanted to, could I do it? I enjoyed reading about her courageous actions, as well as Juan’s turmoil for her. In the midst of it all, they were married quickly, but really not able to even celebrate their nuptials. Someone told Juan that in relationships one must be the lover and one must be the fighter. I could see that worked for them and I admired him for always being there for her, yet giving her distance as well. What a wonderful patient and loyal individual he must have been.  Though he loved her unconditionally, she rarely returned it, but instead withdrawing into herself.  She seemed to be in constant perfectionism mode and unable to show love as she believed she didn’t deserve love herself.  Yet, she did love and she was grateful for Juan.  The ending of the book, in fact, portrayed this so well.

It must have been a very scary time of upheaval not only for them, but for the many common residents who never knew if they might live from day-to-day or see a family member shot point-blank. An occupation as what I read about in Gracianna gave me chills all over again and reminded me of all the horrible movies and information I watched and read for Holocaust classes during the pursuit of my history degree. But there is so much more out there that people don’t remember or think about. The chapters that switched and focused on Constance’s time in the concentration camp, where she was “lucky” enough to become a cook, were harrowing. I could imagine their distress and confusion and fear, and yet also their will for survival.

I am so grateful that Amador decided to put his family story into words so that his family will never be forgotten.  Not only is it a lasting legacy for his family, an ode to the grace and gratefulness that his great-grandmother Gracianna exuded, but it’s a moving historical story that allows readers a glimpse into the average streets and citizens who endured occupied-France and who died or survived the concentration camps.  It’s a toast to those who survived the unspeakable and also to immigrants who dreamed a dream of America and then made it happen.

Once I opened it, I stayed up all night reading it as I couldn’t bear to put it down.  This book will go onto my favorites shelf and I’ll treasure it. It reminded me of so much and the voice I heard through this novel will stay with me long-lasting, as well as her words and thoughts on life and the treatment of others that were brought to the page.

Thank you, Trini, for sharing your family with us.

The gripping story of Gracianna–a French-Basque girl forced to make impossible decisions after being recruited into the French Resistance in Nazi-occupied Paris.

Gracianna is inspired by true events in the life of Trini Amador’s great-grandmother, Gracianna Lasaga. As an adult, Amador was haunted by the vivid memory of finding a loaded German Luger tucked away in a nightstand while wandering his great-grandmother’s home in Southern California. He was only four years old at the time, but the memory remained and he knew he had to explore the story behind the gun.

Decades later, Amador would delve into the remarkable odyssey of his Gracianna’s past, a road that led him to an incredible surprise. In Gracianna, Amador weaves fact and fiction to tell his great-grandmother’s story.

Gracianna bravely sets off to Paris in the early 1940s–on her way to America, she hopes–but is soon swept into the escalation of the war and the Nazi occupation of Paris. After chilling life-and-death struggles, she discovers that her missing sister has surfaced as a laborer in Auschwitz. When she finds an opportunity to fight back against the Nazis to try to free her sister, she takes it–even if it means using lethal force.

As Amador tells the imagined story of how his great-grandmother risked it all, he delivers richly drawn characters and a heart-wrenching page-turner that readers won’t soon forget.

“Gracianna is a riveting and remarkable narrative. The characters come alive through their unassuming but compelling stories, as Nazi-occupied Paris unfolds before our eyes. We come to care deeply about the characters, which makes putting down the book almost impossible. Highly recommended.” – Stacey Katz Bourns, Director of Language Programs, Dept. of Romance Languages and Literatures, Harvard University

“While wine is obviously a significant part of life’s enjoyment, the story behind the wine can be even more gratifying. You will be fixated on this thrilling story written by Trini Amador which was inspired by Gracianna, his great-grandmother, the French Basque namesake of his family’s award-winning winery in Sonoma County.” – Bob Cabral, Director of Winemaking & General Manager, Williams Selyem Winery 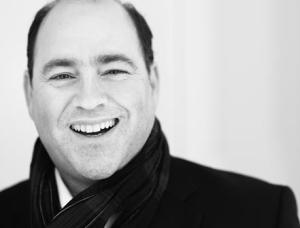 Trini Amador vividly remembers the day he found a loaded German Luger tucked away in a nightstand while wandering through his great-grandmother’s home in Southern California. He was only four years old at the time, but the memory remained and he knew he had to explore the story behind the gun. This experience sparked a journey towards Gracianna, Amador’s debut novel, inspired by true events and weaving reality with imagination. It’s a tale drawing from real-life family experiences.

Mr. Amador is a traveled global marketing “insighter.” He is a sought-after guru teaching multinational brand marketers to understand how customer and consumer segments behave based on their needs, values, motivations, feeling and values. He has trained over five thousand brand marketers on how to grow brands in over 20 countries in the last 15 years. His counseling has been valued at global brands including General Electric, Microsoft, AT&T, Yahoo!, Sun Microsystems, Google, Jack Daniel’s, The J.M. Smucker Co., DuPont, Mattel, and Rodale, Inc..

Amador is also a founding partner with his wife and children of Gracianna Winery, an award-winning winery located in Healdsburg, California. The winery also pays tribute to the Amador Family’s maternal grandmother, Gracianna Lasaga. Her message of being thankful lives on through them. The Gracianna Winery strives to keep Gracianna’s gratitude alive through their wine.