For me, everything is more than right about Mist of Midnight by Sandra Byrd! Before reading my review, take a peek at the synopsis and the amazing cover, then continue down for my thoughts….

In the first of a brand-new series set in Victorian England, a young woman returns home from India after the death of her family to discover her identity and inheritance are challenged by the man who holds her future in his hands.

Rebecca Ravenshaw, daughter of missionaries, spent most of her life in India. Following the death of her family in the Indian Mutiny, Rebecca returns to claim her family estate in Hampshire, England. Upon her return, people are surprised to see her…and highly suspicious. Less than a year earlier, an imposter had arrived with an Indian servant and assumed not only Rebecca’s name, but her home and incomes.

That pretender died within months of her arrival; the servant fled to London as the young woman was hastily buried at midnight. The locals believe that perhaps she, Rebecca, is the real imposter. Her home and her father’s investments reverted to a distant relative, the darkly charming Captain Luke Whitfield, who quickly took over. Against her best intentions, Rebecca begins to fall in love with Luke, but she is forced to question his motives—does he love her or does he just want Headbourne House? If Luke is simply after the property, as everyone suspects, will she suffer a similar fate as the first “Rebecca”?

A captivating Gothic love story set against a backdrop of intrigue and danger, Mist of Midnight will leave you breathless.

I am in book love. From the lovely yet esoteric cover to the title fitting the story perfectly to the opening of the inside pages where lies an engaging story seeped in gothic and mysterious tones, I am thrilled to have been able to submerse myself into this novel. I was completely hooked from the first chapter, and when I fell asleep late into the night, I woke up needing to dive right back into it!

This penetrating romance reminds me of favorite authors and reads of the 19th century such as Bronte and Hawthorne, as well as romantic suspense authors such as Victoria Holt and my beloved Daphne Du Maurier. Yet, Sandra creates her own voice with a lighter, cleaner air to the writing, even through the foreboding, atmospheric development!

It’s difficult to find books such as this, even though they are a book of choice for me! Though I don’t care for many cheesy romances, I do love well-done historical and mysterious romances, and though I am no prude, I do prefer often times to have the heated side of romance take a subtle seat so I can enjoy the character and the environmental development. Mist of Midnight, as most Howard historical romances do, hit this on the head of the nail for me. I was pulled into the the main character’s romance by feeling the suspense of their tension for one another. The romance was paced perfectly, right along with the air of mysteriousness.

Rebecca is an adult daughter of missionaries who returns from India, where her family lived since she was very little but have recently been killed, to their estate in Hampshire, England. But someone is living as the heir to the estate, an attractive Captain Luke Whitfield, and he says that another woman named Rebecca already claimed as the heir, but  recently committed suicide, being buried late at night on the grounds.

Of course, the disrepair of the estate, and the fact that she is a mystery to them (and the other Rebecca to her) creates a sense of foreboding from the very beginning. Enter creepy developments, right? Woman not claiming to be who she says….murder….a graveyard on the estate rolling in mist at night….yes, Victorian Gothic we have. I did nothing but eat up each ominous page!

Sandra does a stellar job of placing just the right pieces into the novel to layer the eerie–such as a prominent portrait of an ancestor, a run down garden with broken statues, and things disappearing. She then creates a cast of characters in whom I was suspicious of all right from the start. Each character, whether Captain Whitfield and his societal friends, the locals, or the downstairs staff, were finely developed and dimensional. As the main protagonist, I was compelled to care about Rebecca straight away and wanted to defend her claim. No wonder she felt at times as if she was the one going mad with paranoia as the story unfolded. I took to solving the mystery of the other Rebecca right along with her. She was strong and engaging, yet kind, innocent, and thoughtful.

I also relished the historical aspect of the English estate and town folk, but especially the interwoven details that Rebecca gave of her sights, sounds, and experiences in India during her time as a missionary there. They were delicious and mesmerizing and as a reader I could feel Rebecca’s love of the country and people in which she served until the Indian Mutiny over British Crown rule destined her to leave.

Of course in reading Sandra, or many Howard Books, the main character is often Christian and relies on talking through her faith to help her through and we listen to her prayers. As a Christian I am fine with this, but if you are not, I think the story is still enjoyable and never preachy so that anyone can read it. It fit well with the story.

Sandra gives us ambrosial descriptions seeped in atmospheric details to create a Gothic mystery that was really difficult for me as a reader to put down. The suspense gave me a welcome apprehension and the creepiness produced goosebumps, while her writing propelled me quickly through with a smooth tone. This one is going on my best loved Gothic romance reads list and will take a lasting place on my best loved books shelf. Highly recommended, Sandra is one of THE best! This should definitely be on Masterpiece Theater!!

Praise for Mist of Midnight~

“Intriguing secondary characters and lush scenery contribute to the often sinister, even creepy, moments readers will come to anticipate. Infusing her story with mystery, tension, and emotion, Byrd (To Die For: A Novel of Anne Boleyn) strikes a fine balance between the darkness of a Gothic mystery and the sweetness of a captivating love story. Byrd—and Brontë—fans will enjoy this first of the new Daughters of Hampshire series.” – Publishers Weekly

“A marvelous mingling of mystery and deeply moving family and romantic love, Mist of Midnight kept me guessing until the very end. A house on a cliff, a Victorian-Gothic atmosphere, a cast of suspicious characters including a dark, brooding hero and a strong heroine: shades (or mists) of Jane Eyre and Rebecca! I look forward to the next novel in this compelling new series.” (Karen Harper, New York Times bestselling author of Mistress of Mourning)

“Mist of Midnight is wonderfully atmospheric, with all the right elements for a true Gothic novel, from sounds that go bump in the night to characters who are not at all what they seem. The spiritual underpinning is solid, comforting, even as we’re trapped in the author’s finely spun web of mystery, romance, and a sense of foreboding that doesn’t lift until the final page. Charlotte Brontë? Victoria Holt? Meet Sandra Byrd, the modern mistress of Gothic romance!” (Liz Curtis Higgs, New York Times bestselling author of Mine Is the Night)

“Among the many things I love about reading a Sandra Byrd novel is knowing that her words will transport me to another place and time, that she will win me over with intriguing and complex characters, and that I’ll savor every word. Mist of Midnight is no exception. I loved this book! Sandra Byrd could belong to the writing group of the Bronte sisters if they’d had one. Wuthering Heights and Jane Eyre along with crumbling mansions, mysterious distant cousins, and one woman’s journey to prove who she really is are just few layers that ripple through the mists. Bravo, Sandra! Another winner.” (Jane Kirkpatrick, award-winning author of A Light in the Wilderness)

“Once again, Sandra Byrd delivers a richly layered story that will leave you eagerly awaiting the next book in this brand-new series. Mist of Midnight has it all: intriguing and memorable characters—including a central female protagonist who is both complex and inspiring—a plot chock-full of mystery and suspense, and a Victorian gothic setting, impeccably researched and artfully and evocatively relayed. Prepare to be transported!” (Karen Halvorsen Schreck, author of Sing For Me)

“Mist of Midnight is a beautiful, haunting tale. Sandra Byrd masterfully weaves together both romance and suspense among a cast of mysterious characters. I was immediately swept into the wonder of this story, and I loved unraveling all the secrets and discovering exactly what happened at the old Headbourne House.” (Melanie Dobson, author of Chateau of Secrets and The Courier of Caswell Hall)

“Sandra Byrd’s trademark attention to historical accuracy combines with an eerily building intrigue to envelope readers in a sense of dark foreboding that hinges precariously between hope and desperation. Mist of Midnight is a subtly haunting, beautifully atmospheric, and decadently romantic Victorian tale that will find a comfortable home among the best Gothic romances of days gone by.” (Serena Chase, author of The Ryn and contributor to USA Today’s Happy Ever After blog)

“Not since Jane Eyre have I read a Gothic romance that has captured my heart so completely. From the exotic India to an English estate shrouded in mystery, Byrd’s eye for detail shines through on every page. Romance lovers are sure to devour the tale of Rebecca Ravenshaw and her search for the truth behind the mysteries of Headbourne House and the handsome young captain who lives on the estate.” (Renee Chaw, reviewer at Black ‘n Gold Girl’s Book Spot)

“From the first word to the last, Mist of Midnight is a completely absorbing romantic, and mysterious, novel. Ms. Byrd’s writing is splendid, and her characters are so complex and endearing that they leap off the pages. I couldn’t put it down. An absolutely irresistible read!” (Anne Girard, author of Madame Picasso) 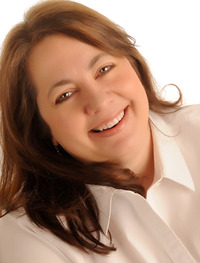 After earning her first rejection at the age of thirteen, bestselling author Sandra Byrd has now published more than forty books. Her adult fiction debut, Let Them Eat Cake, was a Christy Award finalist, as was her first historical novel, To Die For: A Novel of Anne Boleyn. To Die For was also named by Library Journal as a Best Books Pick for 2011 and The Secret Keeper: A Novel of Kateryn Parr, was named a Library Journal Best Books Pick for 2012. Roses Have Thorns: A Novel of Elizabeth I published in April, 2013.

Sandra has also published dozens of books for tweens and teens including the Secret Sisters Series, London Confidential Series and a devotional for tweens.

A former textbook acquisitions editor, Sandra has published many nonfiction articles and books. She is passionate about helping new writers develop their talent and their work toward traditional or self publication. As such, she has mentored and coached hundreds of new writers and continues to coach dozens to success each year.

Please visit www.sandrabyrd.com to learn more, or to invite Sandra to your bookclub via Skype. You can also connect with Sandra on Facebook, Twitter, Pinterest, and Goodreads.