Review: The Ninja’s Daughter by Susan Spann: A Shinobi Mystery in Feudal Japan 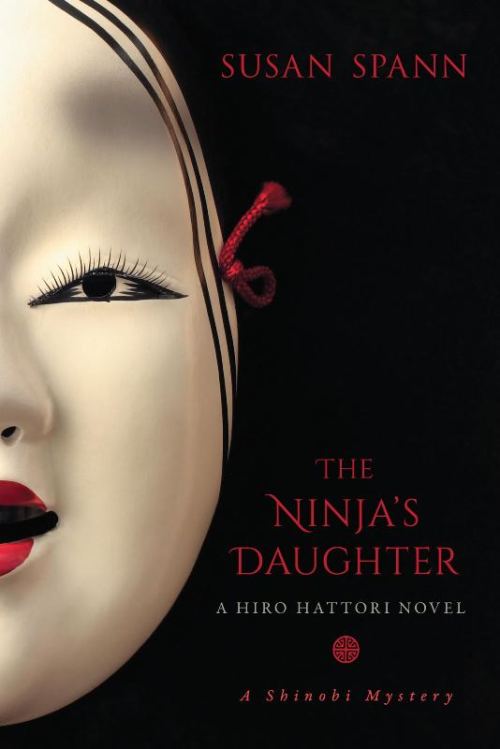 Susan Spann strikes again with another fabulous Hiro Hattori novel, the fourth one in her series. The Ninja’s Daughter can be read stand alone, but it’s been great fun to read the progression of the likable characters, as I’ve read all the books.

This time, an actor’s daughter is murdered on the river banks and Jesuit Priest Father Mateo, and his sidekick ninja Hiro, are on the case after a man who thinks he murdered her contacts them.

In the wake of the Shogun’s death, the country is in upheaval and warlords are a threat.This creates a lot of social and political issues in this book, which made it increasingly interesting to me with each chapter. The social issues come into play as authorities don’t believe in investigating the death of the woman as a daughter of an actor, which is considered a profession of shame. Spann details for the reader the acting of men in the Noh, and how that was portrayed during the time period. She has with excellence again researched and was able to present the reader some education about gender communication and social aspects of the time.

As for the political divisiveness, many factions are eyeing for the role of shogun. Spann shows the machinations and intrigue as the plot unfolds which leads to an interesting and complex plot.We learn a lot of Japanese culture in this book as Spann’s research is always immaculately detailed.

Hiro and Mateo still banter with each other in dialogue getting themselves and us to laugh in unison, yet they’ve also become so respected in the area and get quicker and brighter with each case even as tensions in each one and around them arise to new heights.

As always, Spann’s writing is descriptive, action-oriented, and compelling. Her plot moves quickly from the start and are original mysteries in a sea of the genre. I really enjoy her historical research and how she utilizes it in the book.

If you’re looking for a new mystery to get caught up in on the beach or a series to read for the winter months, I highly recommend Susan as one of the best of the genre. I am pleased to urge you to read The Ninja’s Daughter and see for yourself how amazing Spann is, she’ll keep you guessing right up until the end!

The Ninja’s Daughter: A Hiro Hattori Novel by Susan Spann

Autumn, 1565: When an actor’s daughter is murdered on the banks of Kyoto’s Kamo River, master ninja Hiro Hattori and Portuguese Jesuit Father Mateo are the victim’s only hope for justice.

As political tensions rise in the wake of the shogun’s recent death, and rival warlords threaten war, the Kyoto police forbid an investigation of the killing, to keep the peace–but Hiro has a personal connection to the girl, and must avenge her. The secret investigation leads Hiro and Father Mateo deep into the exclusive world of Kyoto’s theater guilds, where they quickly learn that nothing, and no one, is as it seems. With only a mysterious golden coin to guide them, the investigators uncover a forbidden love affair, a missing mask, and a dangerous link to corruption within the Kyoto police department that leaves Hiro and Father Mateo running for their lives. 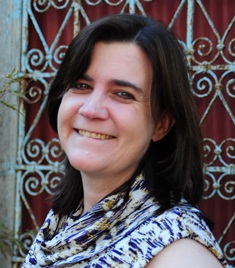 Susan Spann is the author of three previous novels in the Shinobi Mystery series: Claws of the Cat, Blade of the Samurai, and Flask of the Drunken Master. She has a degree in Asian Studies and a lifelong love of Japanese history and culture. . When not writing, she works as a transactional attorney focusing on publishing and business law, and raises seahorses and rare corals in her marine aquarium.