Women in History: Life of Jayne Mansfield by Somer Canon

As part of Women in History Month, I’m posting guest articles about women in history or women making history for the month of March and April. I did this special series in 2014 and 2017 as well, which you can find archived on this site under the tab Women in History. I’m always willing to take guest articles on this subject for the series, or any time of the year as well. I have quite a few fabulous ones coming up soon!

Today, I welcome horror author Somer Canon, who also has an obsession with old Hollywood! She did a great article last year on Lauren Bacall, and now, she presents us with Jayne Mansfield!

By Somer Canon, author of Vicki Beautiful and Killer Chronicles

Born Vera Jayne Palmer in 1933 in Bryn Mawr, PA, the future Jayne Mansfield knew from an early age that she wanted to be a movie star.  Jayne fell in love with Hollywood after a vacation there with her family as a child, and like Marilyn Monroe (her upscale contemporary), she became enamored of the blond bombshell image watching Jean Harlow. 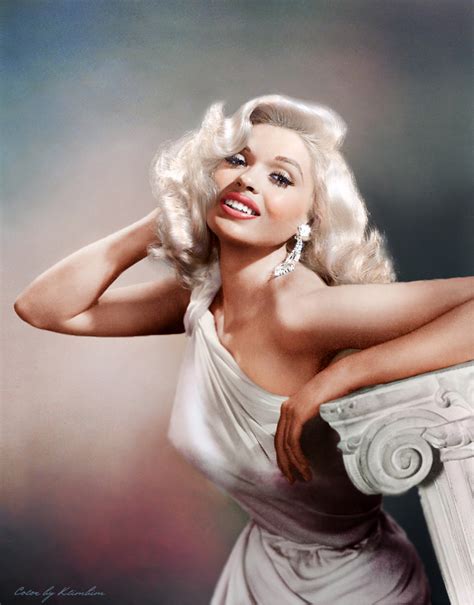 Jayne got the name Mansfield from her first husband, a high school boyfriend who she married at the age of seventeen.  Soon after, she gave birth to her first child, but that wasn’t even close to enough to chain Jayne to a kitchen stove, performing the domestic life.  She completed her high school education and then went to college.  She studied acting, of course, but she also took more academic classes.

You see, Jayne Mansfield was smart.  Mensa smart.  She spoke five languages and played violin well enough to stun professional concert musicians.  The sadness to her intelligence is that, while doing research for this article, it was easier to find Jayne’s measurements, different ones throughout her life, than it was to get a consistent measure of her IQ.  You can find her bust size after pregnancy easier than you can verify whether or not she was ever actually a member of Mensa.

Part of this was Jayne’s own doing.  She put that powerful mind of hers to work making her aspirations for stardom come to fruition.  Jayne was the queen of publicity stunts.  To a modern eye, a lot of that seems very familiar.  Today, publicity stunts are not at all new or rare, and in truth, they weren’t in Jayne’s time either. Jayne just kicked the standards for publicity stunts into a different atmosphere.  She loved “wardrobe malfunctions”, the most famous of which is a picture of Jayne sitting at a table with Sophia Loren, Sophia looking at Jayne’s spilling bosom with a hilarious look of disapproval. 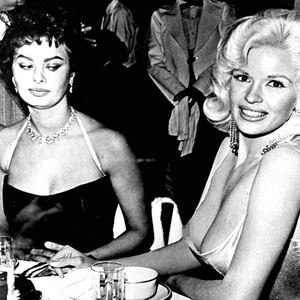 Many appearances in Playboy, and even a publicity stunt with Anton LaVey of The Church of Satan, got Jayne the much-wanted attention that she worked for but she always fell short of superstardom.  She was dubbed “the working man’s Monroe,” never quite hitting the same high and needing always to fall back on those stunts.

The irony is that Jayne’s biggest roles were parodies, making fun of the dumb blond image that Marilyn Monroe was banking.  In “The Girl Can’t Help It “and “Will Success Spoil Rock Hunter?” Jayne’s characters are poking fun at the blond bombshell to the point where her Marilyn-like breathy way of speaking is obviously parody.  Unfortunately for Jayne, with the emergence of Twiggy and Audrey Hepburn, the curvaceous dumb blond fell out of style and she was forced to resort to the club scene, singing and dancing in tiny outfits.  Hollywood suddenly had no place for her kind any longer.

She rebelled against studios who wanted to own her sexuality by not hiding away her children.  You see, in those days, sex symbols weren’t mothers and they weren’t supposed to be married to beefcakes like her second husband, bodybuilder Mickey Hargitay. Studios thought a woman’s sensuality was compromised by marriage and motherhood, but Jayne wouldn’t allow that.  She maintained sex symbol status through three marriages and five children, one of whom you may recognize if you’re a fan of Law & Order SVU, Mariska Hargitay.

On the night of June 29, 1967, Jayne, three of her children, and her current boyfriend piled into a car after one of her club shows and planned to drive through the night for an appearance the next day.  It was foggy and the young driver didn’t see that the truck in front of them had stopped until it was too late.  Jayne, her boyfriend, and the driver were killed.  She was 34. 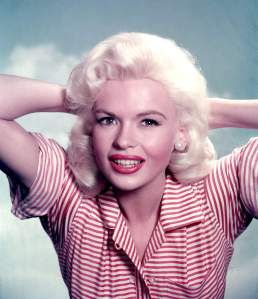 Although some of Jayne’s methods may be unseemly to some, her stunt-queening and grabs for attention sometimes coming off as cheap, she got fame and she did it on her terms.  Even when Hollywood turned its back on her in favor of more fashionable categories of beauty, she never stopped working and hustling and I believe that if she were alive today, we would still be seeing pictures of the lovely Jayne sitting poolside in a bikini and smiling coquettishly at the camera, soaking up that which she craved. 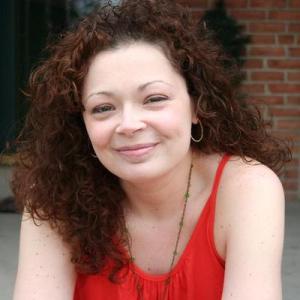 Somer Canon is a minivan revving suburban mother who avoids her neighbors for fear of being found out as a weirdo. When she’s not peering out of her windows, she’s consuming books, movies, and video games that sate her need for blood, gore, and things that disturb her mother.

But enough about me, you’re here for the fiction!  Please find her on her website and feel free to find me on Facebook (Author page only, please!) and Twitter.

Watch for Somer’s next upcoming book this year, The Killer Chronicles, in e-book and print from Bloodshot Books. Until then, you can read her novella Vicki Beautiful, as well as some short stories and anthologies she’s featured in, like Hardened Hearts.