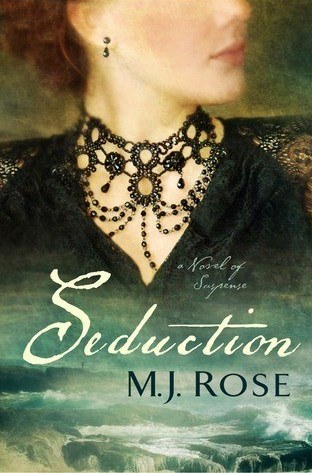 Pick up your copy of M.J. Rose’s Seduction and be held captive for the weekend!! Rose will pull you in and leave you breathless, depositing you on what feels like a parallel planet of existence.  Seduction’s surreal prose gives you a much-needed escape from reality.

Rose expertly flows between the 1800s world of author Victor Hugo, and his obsession with the spiritual world, to the present day when Jac L’Etoile (her adventurous and inquisitive protagonist) returns for another novel in hopes to uncover more clues and answers about ancient mystery.

Seduction is another novel in Rose’s Reincarnationist series (#5), but in my opinion you can read Seduction stand-alone without completely missing anything even though Jac has been featured previously. I haven’t even read the other books, but I most certainly will go back now and dive into Rose’s other novels.  Her writing style isn’t stuffy or even smooth, but it is earthy, absorbing, and her story lines flow without hesitation from one thought in time to the next. She writes with impulse and feeling–the sign of a great storyteller.

Rose’s details and descriptions are vibrant, sensual, and haunting without over embellishing. Her vivid scenes and lush character development immerse the reader into a plethora of sensory activity, as well as formulating a sphere of spirituality that encourages thoughts and deals with the deepest emotions of love and loss. The mystery, suspense and science of historical and mythological research kept me flipping the pages.

I loved her choice of using Victor Hugo and his addiction to seances; the mystery of him speaking to the “Shadow” which becomes a battle for him. The horrors that are uncovered by him, and in the present by Jac, are so real and creeped around me, giving me shivers up my spine.

I can’t rave enough about Seduction by M.J. Rose! It’s definitely one you’ll not want to miss and will go on my list of favorite novels of 2013. See for yourself why it’s getting rave reviews–you’ll be totally engrossed in her artistry as a writer and her spellbinding storytelling.

SYNOPSIS: From the author of The Book of Lost Fragrances comes a haunting novel about a grieving woman who discovers the lost journal of novelist Victor Hugo, awakening a mystery that spans centuries.

In 1843, novelist Victor Hugo’s beloved nineteen-year-old daughter drowned. Ten years later, Hugo began participating in hundreds of séances to reestablish contact with her. In the process, he claimed to have communed with the likes of Plato, Galileo, Shakespeare, Dante, Jesus—and even the Devil himself. Hugo’s transcriptions of these conversations have all been published. Or so it was believed.

Recovering from her own losses, mythologist Jac L’Etoile arrives on the Isle of Jersey—where Hugo conducted the séances—hoping to uncover a secret about the island’s Celtic roots. But the man who’s invited her there, a troubled soul named Theo Gaspard, has hopes she’ll help him discover something quite different—Hugo’s lost conversations with someone called the Shadow of the Sepulcher.

What follows is an intricately plotted and atmospheric tale of suspense with a spellbinding ghost story at its heart, by one of America’s most gifted and imaginative novelists. 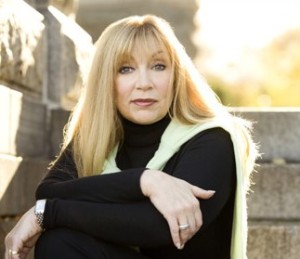 M.J. Rose is the international best-selling author of eleven novels and two non-fiction books on marketing. Her fiction and non-fiction has appeared in many magazines and reviews including Oprah Magazine. She has been featured in the New York Times, Newsweek, Time, USA Today and on the Today Show, and NPR radio. Rose graduated from Syracuse University, spent the ’80s in advertising, has a commercial in the Museum of Modern Art in NYC and since 2005 has run the first marketing company for authors – Authorbuzz.com. The television series PAST LIFE, was based on Rose’s novels in the Renincarnationist series. She is one of the founding board members of International Thriller Writers and runs the blog- Buzz, Balls & Hype. She is also the co-founder of Peroozal.com and BookTrib.com.

Rose lives in CT with her husband the musician and composer, Doug Scofield, and their very spoiled and often photographed dog, Winka.

See my INTERVIEW with M. J. Rose by clicking on INTERVIEW WITH M.J. ROSE!