Enter to Win a Copy of Banquet of Lies by Michelle Diener, Plus Questions!

Historical author Michelle Diener is on tour for her Banquet of Lies novel, published by Gallery books! Michelle and I sat down for an interview this past Spring when she published a book from a separate historical period, so I’ve pulled out a few of our discussion areas from that to give you a glimpse of Michelle and her writing. I hope you enjoy it!

There’s also a giveaway for this stop, so follow the directions after the interview and enter to win!!

Q: How long have you been writing? What else have you written?

A: I’ve been writing seriously for around 9 years. I’ve got three other historical novels published with Simon & Schuster’s Gallery Books: A Tudor-set series including In a Treacherous Court and Keeper of the King’s Secrets, and a Regency-set historical, The Emperor’s Conspiracy. A new novel, set as a loosely-connected book to The Emperor’s Conspiracy, Banquet of Lies, is due out later this year, in October. *This is now available!!*

Erin Comments: One of my favorite time periods, I can’t wait to read them all!!

Q: As a woman, do you feel it’s important to “schedule” time for yourself to complete your writing dreams? As a mother also running from place to place (I can relate!), how do you find time for your writing?

A: I do! There is very much a feeling that my work takes a back seat to everything else. I have to be very clear that it is important. That said, I try and do as much writing as possible while my children are at school, which is a nice chunk of time.

Erin Comments: Always a battle for time, but worth it.

Q: Do you set goals for writing, such as so many words a day, use an outline, or free write?

A: I do try to set goals for writing, but I’ve given up on the words a day thing. Sometimes I need to rework what I’ve written, and so my actual word count doesn’t go up that much, but I’ve been working solidly for hours. I try to get around 1800 – 2000 words a day, but if I don’t make that, I don’t worry. I like to have an outline. Whether I use it or not, it’s nice to have! 🙂

Q: What advice do you have for other female aspiring authors?

A: Make time for yourself. You are entitled time to pursue your dream. And when you get the time, make it count!

Q: What is your favorite time period of history? Why?

A: I really find this so difficult to answer, because I just find so many periods fascinating. Let’s say Tudor, Medieval, Regency and Victorian. But I am also very interested in WWI, WWII and the time in-between, as well.

Q: I was pleased to see that you are part of a short story anthology, Entangled, that gives proceeds to Breast Cancer Research Foundation. What an amazing thing to do! Being the President of our local Cancer Association, I understand how important fund-raising for the cause it. Can you tell us more about it briefly? And thank you for helping to fight Cancer!

A: Thanks, Erin. I’m so proud of my involvement in the Entangled anthology. The idea was conceived by fellow writer, Edie Ramer, and she got together a group of us. We all contributed the stories for free, the cover artist, Laura Morrigan, donated the cover, and the book formatting was also donated. So far, thanks to our readers, we’ve made more than $12,000 for the Breast Cancer Research Foundation. My story for the anthology, Breaking Out, is a contemporary paranormal short story, totally different to what I usually write. I had such fun!

Q: What writing is coming up in the future for you?

A: I’ve got my Regency-set novel Banquest of Lies coming up in October of this year. I’m busy with the copy edits right now, and I’m loving revisiting the book again. Some of the characters from The Emperor’s Conspiracy are secondary characters in Banquet of Lies. *Again, available now!!*

It’s about a woman who is carrying an important diplomatic document and doesn’t know who to give it to. She goes into hiding in London as a French cook while she figures out who to trust, but finds her new employer far too curious about her for his safety and hers. Food, spies and illicit attraction! And a French chef with a bad attitude and a very large cleaver!

Q: You live in Australia, which I hear is amazing beautiful. Where would you wish to travel (or would you like to talk about places you’ve been as you’ve lived several places)?

A: I’ve been very fortunate to have travelled a lot. I think I’ve always had the travel bug, and I have tried to travel as much as possible. One part of the world I’ve never been to is Eastern Europe, and I would love to travel there.

Q: Where can readers connect with you?

A: They can visit my website (www.michellediener.com), connect with me on Facebook (http://www.facebook.com/pages/Michelle-Diener/196593580366013) or on twitter (@michellediener). I love connecting with readers, so don’t be shy

The giveaway is for 1 (one) copy and open to U.S. residents only. Leave a comment on the blog below with your EMAIL included, or email it to me at hookofabook(at)hotmail.com.  You get +3 entry points for following my Facebook page at www.facebook.com/HookofaBook.

A young noblewoman flees to London and poses as a servant to evade a murderer in this richly detailed and “compelling” (Publishers Weekly) historical novel.

Frightened for her life after her father, a British spy, is murdered, Giselle Barrington flees with the secret document her father gave her for safekeeping. Needing to hide from those now chasing her, and knowing that no one would look for a wealthy young society lady in a kitchen, she takes a job as a cook for a nobleman, determined to use her anonymity to uncover the murderer. Life below stairs gives her a new perspective on the hard realities of servants’ lives, even though she’s a highly paid one. And when her employer is drawn not only into her investigations, but also to her, they find themselves faced with the power imbalance between servant and master. 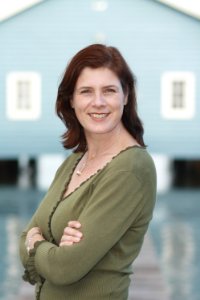 A new historical novel, set during the Napoleonic Wars in London in 1811, THE EMPEROR’S CONSPIRACY, was released on November 27th, 2012.

Michelle also contributed a short paranormal story to the ENTANGLED Anthology entitled BREAKING OUT. All the proceeds of the sale of ENTANGLED go to the Breast Cancer Research Foundation.

Michelle grew up in South Africa, and now lives in Australia with her husband and two children.

Filed under Q and A with Authors