That’s a very special remembrance for me, not only because I am a woman myself, but because I am such a strong advocate for women’s rights. There have been some amazing women in history, who’ve made history, or even are currently making history! I love the swarm of historical fiction books on the rise featuring some trailblazing women or women who pushed the boundaries and limits, knowing that they had just as much right as men to vote, or fly, or perform scientific breakthroughs, and the list goes on.

On my site this month, I am featuring authors who have guest posts about WOMEN IN HISTORY or WOMEN WHO ARE MAKING HISTORY!

The first one is about the anniversary of the suffragist’s march by author Mona Rodriguez. If you have a guest post you’d like to appear, please feel free to contact me at hookofabook@hotmail.com!

Celebrating the Woman’s Right to Vote
by Mona Rodriguez, Author of Forty Years in a Day

In my historical novel, Forty Years in a Day, which I coauthored with my cousin Dianne Vigorito, one of our characters is a young Italian immigrant woman named Catherina who becomes passionate about the progression of the women’s rights movement.

Standing up for her beliefs and advocating women’s rights, she puts her life in danger by handing out flyers on street corners and attending rallies.

She communicated her reasoning quite eloquently when she said, “If there’s to be true democracy, there needs to be changes. Why, it’s an American right to vote, denied only to criminals, lunatics, and women. How ridiculous is that?”

There are many famous women in history who have fought against convention for justice and equality, and there are also millions of lesser known women from all walks of life who have faced incredible obstacles in pursuit of freedom and opportunity. In the end, all women, no matter how famous or unknown, who have helped change the course of history for the betterment of all should be remembered and saluted. 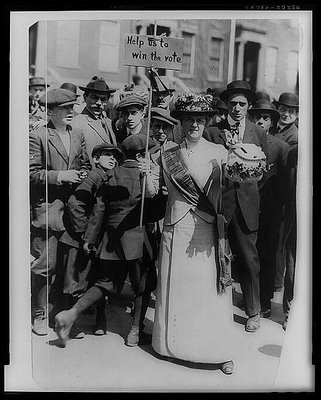 Forty Years in a Day Info and Synopsis~ 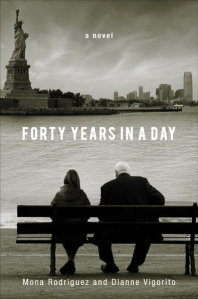 What is the connection between an infamous Irish mob boss and an Italian immigrant family?

The story begins in Italy, 1900. After years of torment and neglect, Victoria and her four small children immigrate to Hell’s Kitchen, New York, to escape her alcoholic, abusive husband. On the day they leave, he tragically dies, but she does not learn of his death for several years—a secret that puts many lives on hold.

Quickly, they realize America’s streets are not paved with gold, and the limits of human faith and stamina are tested time and time again. Poverty, illness, death, kidnapping, and the reign of organized crime are just some of the crosses they bear.

Victoria’s eldest son, Vincenzo, is the sole surviving member of the family and shares a gut-wrenching account of their lives with his daughter during a visit to Ellis Island on his ninetieth birthday.

Forty Years in a Day is layered with the struggles and successes of each family member and defines the character of an era. Follow the Montanaro family through several decades, and stand in the shoes of a past generation.

Mona Rodriguez and Dianne Vigorito are cousins. Throughout their lives, they had heard many stories from family members that were fascinating, sometimes even unbelievable, and decided to piece together the puzzle of tales. Through research and interviews, their goal was to create a fictional story that follows a family through several decades, providing the reader an opportunity to stand in the shoes of a past generation and walk in search of their hopes and dreams. What they realize in the process is that human emotions have been the same throughout generations – the difference is how people are molded and maneuvered by the times and their situations.

Mona and Dianne strongly believe there is tremendous knowledge to be gained from those who are older and wiser, a resource precariously looming at everyone’s fingertips.

Mona and Dianne live with their husbands in New Jersey and they each have two grown sons. This is their first novel together.