Celebrate the Month Anniversary of A Day of Fire: Pompeii with Micro-Interview: Stephanie Dray Arrives

It’s already the one month anniversary of the launch of A Day of Fire: A Novel of Pompeii! In celebration of this release of the historical novel, I’ve been doing a “Ring of Fire” series where I toss the fire torch to each of the authors every Wednesday or so for SIX WEEKS in order for them to answer a few quick questions about the book. All of the authors were given the same two questions!

Today, eloquent Stephanie Dray is in the hot seat, but there are links to the four past micro-interviews too. Follow along and see what each has to say about their experience! I’m going in order based on where their part of the story falls within the book. I’m a bit late on my review, due to some family and personal responsibilities, so I’ll end the series with seven parts with my review as the seventh week, next week on 12/11. So far, I’ve loved the book and highly recommend.

Just for Fun Photo: The Temple of Isis in Pompeii / Wiki

In case you haven’t heard, or read my past posts, this book was written by six top historical novelists who joined forces to bring readers the stories of Pompeii’s residents—from patricians to prostitutes—as their world ended. It’s a combined novel by Stephanie Dray, Ben Kane, E. Knight, Sophie Perinot, Kate Quinn and Vicky Alvear Shecter, with an introduction by Michelle Moran, in which each takes on a character and intertwines them into the story.

Now, take it away, Stephanie Dray…..the heat’s on you….

A: When we first contemplated the massive disaster that was Pompeii, we knew it was going to be a heart-rending tale, and we didn’t want to leave the reader so depressed they’d want to slit their wrists. As it happens, writing very dark stories with uplifting endings happens to be a bit of a specialty of mine—and so early on, I thought I might be writing the ending. We didn’t want the story to be nihilistic or without a soul, especially since there were so many touching things discovered in the ruins—such as the fact that the priests of Isis stayed, propitiating the goddess, almost to the end. And since I’d already written about Isis worship in my books about Cleopatra Selene, that sealed the deal. In this book, my heroine Capella is tavern prostitute who has a calling to serve as a priestess. She and her wicked half-sister weave in and out of all the other stories in the novel, and so by the end, I think the reader will be as attached to them as I was. They both get to speak for redemption, in different ways, and I was delighted to be able to write a poignant–and untawdry tale about these women of ill-repute.

Q2: What is one of your favorite moments from the collaboration?

A: I loved sharing characters, setting up plot arcs in the first part of the book written by Vicky AlvearShecter that wouldn’t come to fruition until the end of the book, in mine. We had so much fun brainstorming, and sketching out plots together and elevating each other’s stories. Six heads are wiser than one!

Previously posted in the series: 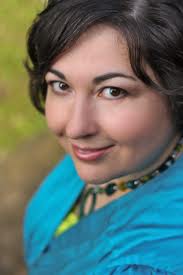 STEPHANIE DRAY is a best-selling, multi-published, award-winning author of historical women’s fiction and fantasy. Her critically- acclaimed historical series about Cleopatra’s daughter has been translated into more than six different languages, was nominated for a RITA Award, and won the Golden Leaf.

Her focus on Ptolemaic Egypt and Augustan Age Rome has given her a unique perspective on the consequences of Egypt’s ancient clash with Rome, both in terms of the still-extant tensions between East and West as well as the worldwide decline of female-oriented religion.

Before she wrote novels, Stephanie was a lawyer, a game designer, and a teacher.

Learn more about Stephanie and her books at: www.stephaniedray.com

A Day of Fire: A Novel of Pompeii, Information~

Six top historical novelists join forces to bring readers the stories of Pompeii’s residents—from patricians to prostitutes—as their world ended. You will meet:

Pompeii was a lively resort flourishing in the shadow of Mount Vesuvius at the height of the Roman Empire. When Vesuvius erupted in an explosion of flame and ash, the entire town would be destroyed. Some of its citizens died in the chaos, some escaped the mountain’s wrath . . .these are their stories:

A boy loses his innocence in Pompeii’s flourishing streets.

An heiress dreads her wedding day, not knowing it will be swallowed by fire.

An ex-legionary stakes his entire future on a gladiator bout destined never to be finished.

A crippled senator welcomes death, until a tomboy on horseback comes to his rescue.

A young mother faces an impossible choice for her unborn child as the ash falls.

A priestess and a whore seek redemption and resurrection as the town is buried.

Six top historical authors bring to life overlapping stories of patricians and slaves, warriors and politicians, villains and heroes who cross each others’ path during Pompeii’s fiery end. But who will escape, and who will be buried for eternity?

Filed under Feature Articles, Q and A with Authors