Last week I reviewed Judith Starkston’s first book in her new historical fantasy series about Tesha, a priestess and queen from the Bronze Age. I really enjoyed Priestess of Ishana (see my review here if you missed it) and felt it was the great start to a wonderful series. It published last year and now the second book, Sorcery in Alpara, is available today (see info below under the guest article)! Judith kindly has stopped by to talk about how she modeled Tesha off a real life queen. Isn’t that exciting? To history nerds, myself it is!! Take a look at that beautiful cover for book two and then enjoy the article.

The Queen Behind the Character
By Judith Starkston, author of Priestess of Ishana

I write historical fantasy based on the Bronze Age Hittites (c. 1275 BCE)—an empire of the ancient Near East nearly buried by the sands of time. In spite of the vivid glimpses of this lost kingdom brought to light by recent archaeology and the decipherment and translation of many thousands of clay tablets, there still remain vast gaps in historians’ knowledge. To be honest about my imaginative filling of those gaps, my storytelling combines fantasy and history.

For instance, I give my historical figures fictional names, though often only minimally different from their real names. I also let the magical religious beliefs of these historical people find full expression in the action. My “quarter turn to the fantastic,” to borrow Guy Gavriel Kay’s phrase, allows me to honor what we actually know while also owning up to my inventive extensions. Allowing room for the fantastical elements suggested by Hittite culture makes for the best storytelling.

What really drew me to this forgotten kingdom—one that stretched across what’s now Turkey into Syria and down into Lebanon—was one remarkable ruler, Queen Puduhepa. She ruled for decades over the most powerful empire of the Late Bronze Age, but because the Hittites were lost to history for so long, very few people know about her. 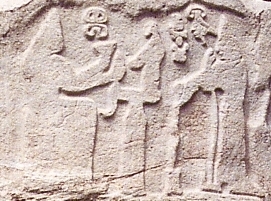 She ruled with her husband Hattusili III as an equal partner—often, in fact, as the more active ruler when her husband’s health limited his work. Queens under Hittite law and custom had high political power and remained rulers even when their husbands died, unlike other Near Eastern queens such as Babylonian and Egyptian. Most of the Hittite queens mentioned in the written Hittite records didn’t exercise this allowed power to such an extent, but Puduhepa had the personality and drive of a highly effective leader.

In my novels the character who represents Puduhepa is named Tesha after the Hittite word for ‘dream’ because the historic woman was famous for her visionary dreams, which she believed came from the goddess Ishtar as divine guidance (a goddess renamed Ishana in my fiction). The character of her husband, Hattusili, goes by the shortened name Hattu.

Puduhepa demonstrated brilliant skills as queen in many areas: administrative, diplomatic, judicial, and familial. Her most famous accomplishment was corralling Pharaoh Rameses II into a peace treaty. Egypt and the Hittites had fought a draining war in 1274 BCE. Neither kingdom was eager for a rematch, but Hattusili and Puduhepa had an even greater need than Egypt for stability. Several of Puduhepa’s letters to Ramses survive. They reveal a subtle diplomat with a tough but gracious core that allows her to stand up to Ramses without giving offense. When the final treaty was put on public display—in the form of a solid silver plaque, which sadly does not survive, although clay versions do—Puduhepa’s own seal was on one side, her husband’s on the other. They did sometimes use a joint seal. I think it’s revealing that on this most impressive accomplishment that depended so much on Puduhepa’s talents, they chose to use equal and independent seals. Thus, Puduhepa’s role is not subsumed under her husband’s.

I could not resist using the life of this exceptional queen as the basis for my main character, Tesha, in a historical fantasy series. The first book of the series, Priestess of Ishana, opens with the moment Tesha and Hattu meet—following the known details of this historical event. There was the ever so tantalizing detail in Hittite records that accusations of sorcery were brought against Hattusili around this same time. A love story and sorcery? Irresistible! The second book in the series, Sorcery in Alpara, carries on their story with a curse that consumes armies, a court full of traitors, a clutch of angry concubines and some fantastical creatures who appear regularly in Hittite art, but may not have actually walked the earth.

Tesha and the real queen behind my character offer an intriguing model of a female leader succeeding in ways that made the world more peaceful and just. So, if you like your fiction to be a mixture of worthwhile ideas, magical fun, and a unique, ancient world, give the Tesha series a read.

A curse that consumes armies, a court full of traitors, a clutch of angry concubines and fantastical creatures who offer help but hate mankind.

Tesha’s about to become queen of a kingdom under assault from all sides, but she has powerful allies: her strategist husband, his crafty second-in-command, and her brilliant blind sister.

Then betrayal strips her of them all. To save her marriage and her world, she will have to grapple with the serpentine plot against her and unleash the goddess Ishana’s uncontrollable magic—without destroying herself. 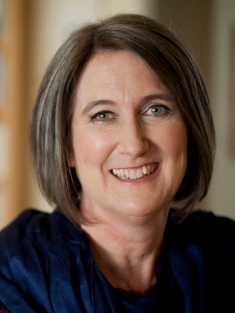 Judith Starkston has spent too much time reading about and exploring the remains of the ancient worlds of the Greeks and Hittites. Early on she went so far as to get degrees in Classics from the University of California, Santa Cruz and Cornell.

She loves myths and telling stories. This has gotten more and more out of hand. Her solution: to write historical fantasy set in the Bronze Age.

Hand of Fire was a semi-finalist for the M.M. Bennett’s Award for Historical Fiction. Priestess of Ishana won the San Diego State University Conference Choice Award.

Sign up for her newsletter on her website JudithStarkston.com for a free short story, book news and giveaways.

Stay tuned in November for my review of Sorcery in Alpara!